Released back in 2009, the CDJ-2000 was the first “new generation” digital turntables targeted for professional DJs announced. Discontinued in 2012 and replaced with the nexus first version, in February 2016 the second version of the CDJ-2000 nexus came out.

Super excited about this one. The latest update since 2011, and they got so many things right. The Pioneer CDJ 3000 has all the latest tools you would expect and it feels like a natural progression from the CDJ 2000 line.

The CD drive has officially gone out from the system, and in its place, a powerhouse of new tech has been installed. A new, brighter, much bigger 9-inch touchscreen with ample new display information is running the show. The screen is about 150% brighter and has a higher resolution, and a new set of shortcuts and stacked waveforms are finally here. Below that finally a dedicated hot cue section, 8 single hot cue pads, way more logical layout than the previous model. The jog wheel was superb already, but not it got a new redesign both visually with an on-job display and technologically with an aluminum faceplate. Dedicated beat jump buttons, extra loop buttons with 4 and 8 beat jump options, super handy. I guess now every function is available with just 1 touch of a button, this was not the case for some function in its predecessor.

Inside the shell, there is a new MPU processor, an upgrade from a DSP processor, essentially better performance and stability, think of it a mini CPU with really high processing speeds, for a better sound, and better onscreen future software updates. The MPU is responsible for all the new features and upgraded features from the 2000 line. Expect faster loading for tracks, hot cues and information on tracks, even higher audio quality, much more finetune control, live touch preview, clearer waveform details, and now the beautifully stacked waveform view, all powered by the MPU.

The key synch and Key shifting feature are new, and now it’s easier for harmonic mixing with the much better visually-driven library on the screen. The most interesting part about the MPU is not even yet visible, as it will allow Pioneer DJ to improve the unit’s features overtime via firmware, that essentially could mean heavy upgrades and features that are hidden inside the shell before we had the 2000 line, then NXS and then NXS2, now it could mean just a firmware upgrade and you get new features and functions, certainly, the screen has ample room to do so. The CDJ 3000 has two ARM Cortex MPUs, a 1.5GHz dual-core A57 and a 1.2 GHz quad-core A53, the most powerful architecture on any DJ media player currently available.

The stacked waveform for me is a bittersweet win, I was a huge fan of the simple phase meter (lol), but I get it, there needs to be a seamless integration between Rekordbox running on the laptop and what we are used to seeing there, with the screen on the CD players, so am not gonna lie, am excited to get rid of the phase meter and see 2 beautiful waveforms.

Now the waveforms, have been updated themselves, you get the Rekordbox’s 3 band waveforms, you can now see much better the lows mids, and highs, as they have been color-coded, and that is refreshing to see.

The overall layout is way more logical and seamless as you start to use the player, getting to know it should be easy, it’s very similar to what we already know, plus more hot cue buttons right under the screen, beat jumping just got easier and so did looping.

The aluminum faceplate I think is a game-changer, the way you interact and interface with the music is going to be much more intimate than its plastic predecessor, don’t get me wrong it was great, now I can’t even imagine what that relationship is going to feel like.

Honestly, one of the techs that pioneer lacked and fell behind especially the last 2-3 years, was the screen, now I think once again it’s leading the way, and with future firmware upgrades, I can only imagine it will stay consistently on the top. The screen was brighter, bigger, faster, cleaner, clearer, way more useful, and visual than before.

The Touch preview finally works, I had issues with it before, felt like an unfinished feature, with minimal use for it, the new touch preview, adds so much functionality, you can now preview a track directly from the browser without loading it, and it all feels seamless. Touch cue is even wilder, you can now use the smaller waveform and skip ahead in your headphones to preview later parts of the track that is currently playing out.

The back of the player is pretty standard, the usual RCA and SPDIF outputs, there is a new gigabit ethernet port, which is needed to run all the data from the players and now it supports up to 6 players (used to be 4), power lock cable is always handy. So the back not that interesting and never was, and that’s fine.

The Pioneer CDJ 3000 with the new Rekordbox v6 is a perfect match and there is so much more you can do over the cloud and ios devices, dropbox, Beatport link, and am sure there is more in the pipeline that will be rolled out soon.

The release is just  in time, to update and upgrade the Pioneer CDJ Course we offer. 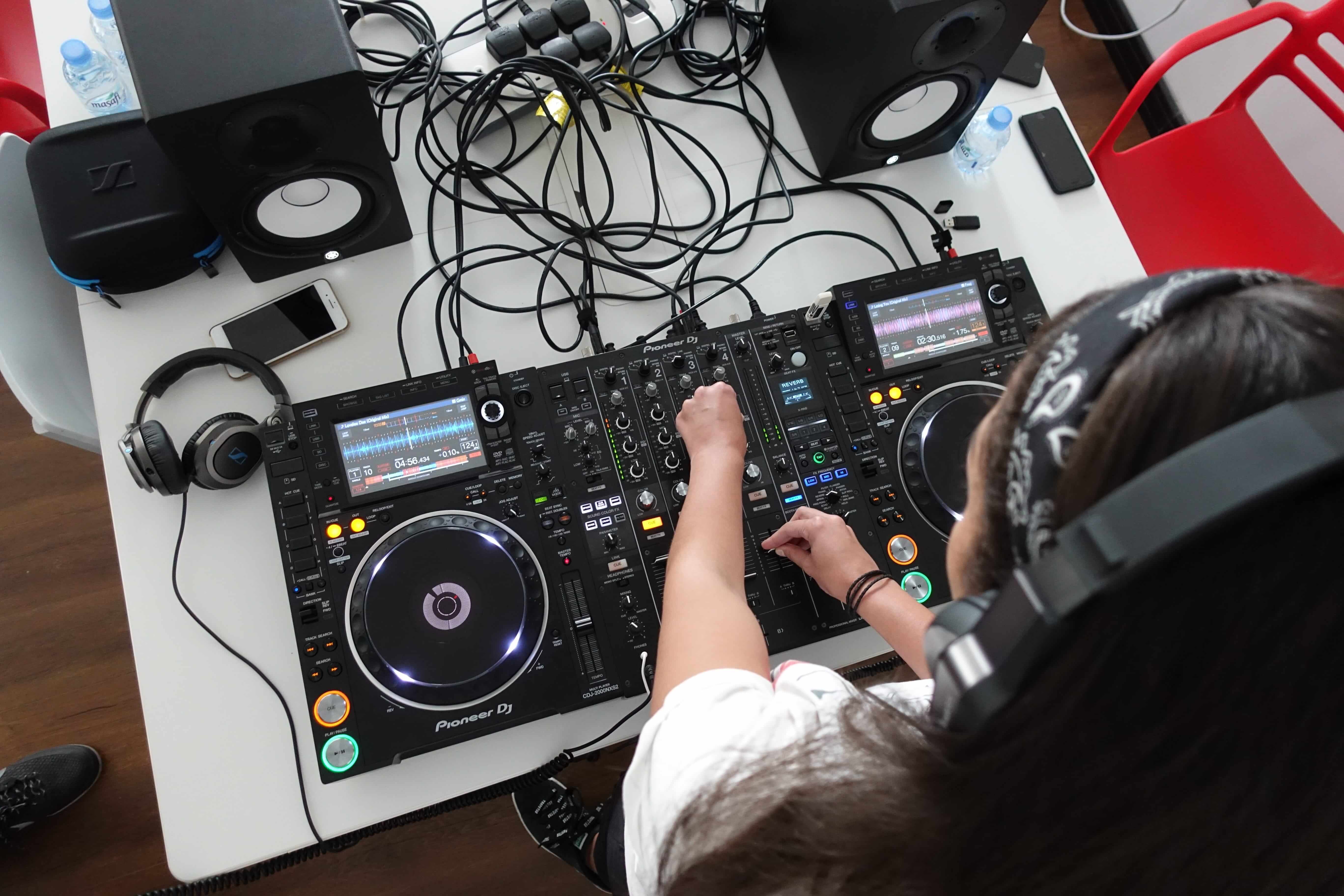 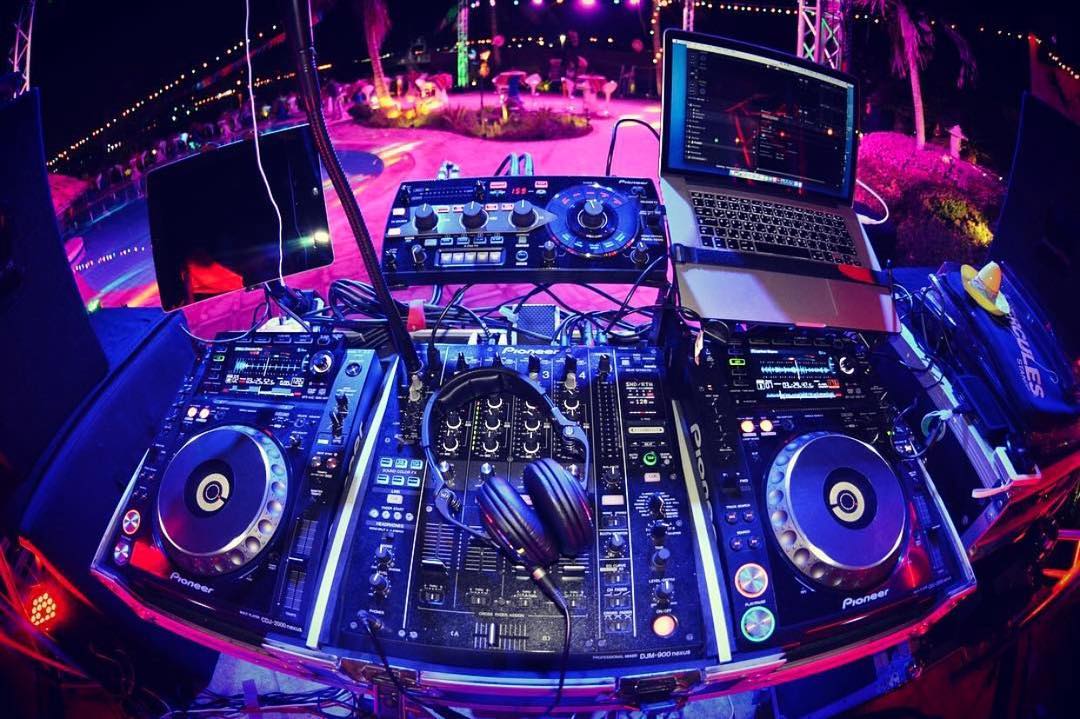